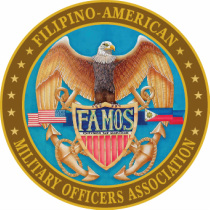 The year 1953 was a dream come true for many Filipino citizens aspiring to join the United States Navy.  That year, President Dwight D. Eisenhower issued an executive order opening the enlistment of Filipinos into the U. S. Navy.  For the next 39 years, thousands joined the ranks of the finest Navy in the world.

This new breed of young and educated Filipinos, many of whom are doctors, lawyers and engineers, were undeniably poised to accept all the challenges of U. S. military life.  The second world war was fresh in their minds as they were hardened by this war, conditioned by ancestral discipline and molded by religious upbringing.  Their confidence and excellent work ethics were virtues that carried them through four wars.

In the early years, Filipinos were recruited only as Stewards, but these recruits possessed various talents and training which the Navy utilized.  The lack of U. S. citizenship limited them to restricted assignments such as medical, logistics finance, administration, and engineering.  One example of Filipino talent and loyalty was Chief Ben Lara, who found himself maintaining the engineering room of the Presidential Yacht under two Presidents from 1959 to 1962.

U. S. citizenship has been a statutory requirement to obtain Commissioned Officer status and this opportunity did not exist from 1953 to 1965.  o obtain U. S. citizenship two requirement had to be fulfilled, (1) serving during a time of war/conflict and (2) physically taking the oath of enlistment in the United States.  Some Filipinos met the first requirement, but the second was unattainable since the oath taking for enlistments were all performed in the Philippines.  However, another victory for Filipino sailors occurred in 1964.  The U. S. Court of Appeals for the District of Columbia regarding the case of U. S. vs. Covento, held that Covento a citizen of the Philippines satisfied the requirement of the statute by his 1957 re-enlistment in San Diego, California.  This court's decision paved the way for United States citizenship for many Filipino sailors.

In 1967, after rigid exams and selection board screenings, 95 Warrant Officer Candidates were selected to the U. S. Navy Supply Corps, five of them were Filipinos - H. Alvarez, R. Camaisa, R. Cramanzana, Y. DeJesus and J. Oropesa.  During this period, Limited Duty Officer was not an option and the selection to LDO program was strictly Commissioned Warrant Officer (CWO2 & above).  These five Filipinos were to be integrated in Supply Corps School Classes convening at different times.  Filipinos in this group distinguished themselves well in academics.  At least one graduated with distinction and was also at the top of his class at Officers Candidate School.  Assignments for these new officers would cover the entire logistics - business management spectrum on board ships, shore stations and foreign lands.  Warrant Officer Rody Camaisa's first assignment was as an assistant supply officer and a nuclear weapons supply officer onboard a missile carrying heavy cruiser, U.S.S. Chicago (CG-11).

Among us today are Filipino-American admirals, generals, captains, colonels and most importantly the cadre of outstanding Filipino-American enlisted men and women.  These are the sons and daughters of the Early Pioneers.  They can be extremely proud of their accomplishments.  Their integrity, patriotism and love of the flag are unquestionable.  Their commitment to their community large or small is evident in their daily lives.  They have proven themselves in military professions and civilian endeavors.  And above all, the children and grandchildren will anchor their dreams and aspirations under a strong foundation that has been so honorably established.
FAMOS Officers - 2006 to 2008 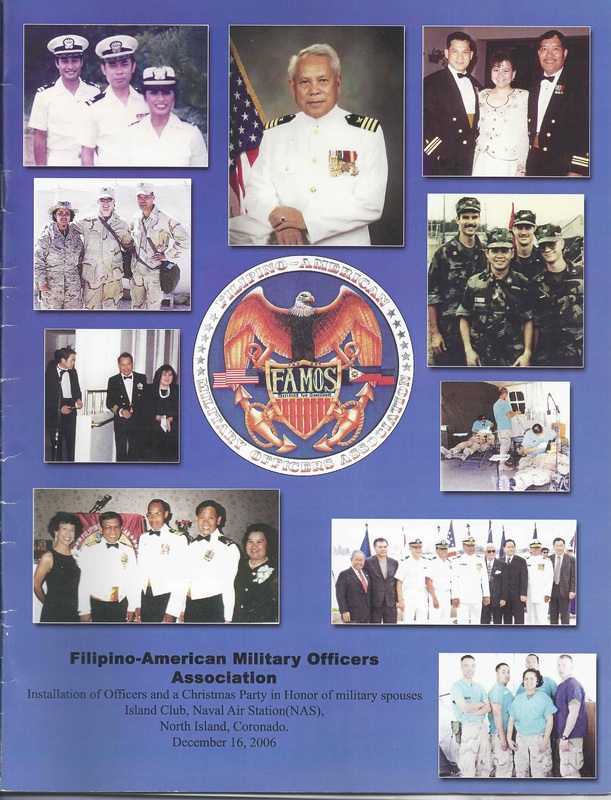 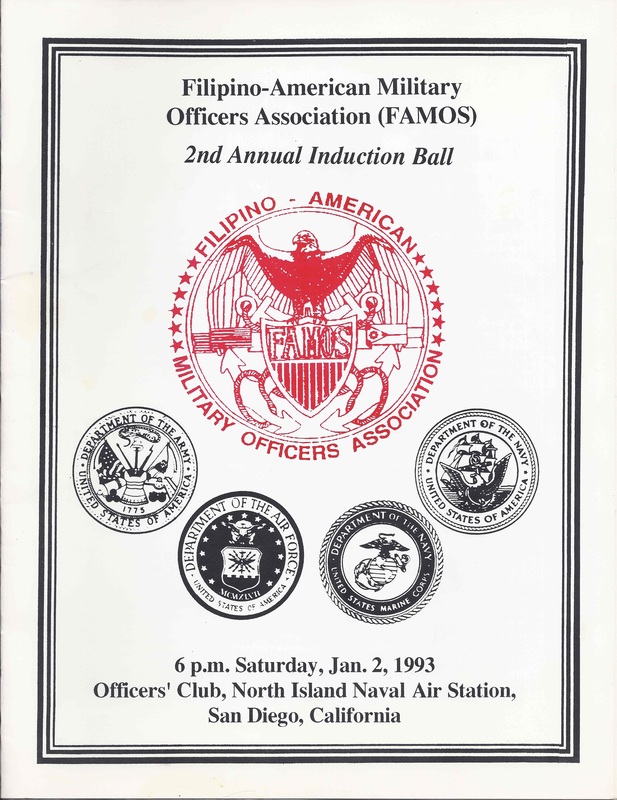